Atlanta’s Married 2 Medicine’s Dr. Heavenly has a YouTube channel and does a segment called Heaven help us.

Well, she has been interviewing the ladies from Married 2 Medicine LA and while interviewing Lia, they talked very heavy about her cast mate Jazmine.

Lia referred to Jazmine as a pretty girl, because of her skin complexion and Jazmine does have a very light skin complexion, she could pass as a woman of mixed color coming from black and white parents or from two other races. But with that being said Jazmine thinks because of the way she looks everybody is coming for her. Jazmine recalls her growing up experience from Englewood by saying girls don’t look like me from there, which caused girls to treat her unfairly.

Dr. Heavenly asked Lia, What do you think the secret sauce is for Married to Medicine LA? How do you think it’s going to work out for y’all.


Lia responded by saying I heard it was a snooze fest.

I think certain people are very concerned about their image.
And I just feel like you can’t be on the show if you so concern about your image, that you are afraid to be who you really are on camera.
People are very messy off camera.
I get along well with Imani, obviously.
But I feel like it was so much disrespect and I feel like the disrespect came, because I was Imani’s friend.
I feel like there was a little bit of mean girl stuff going on, that they started by saying I’m a liar, no I’m not a liar, just because I don’t agree with you.
So, I’m me, and I’m me a 100% and I’m not going to change, I’m not going to be different, because they want me to be a certain way.
Me and the wives didn’t get along well, and they are the ones who are different.

Heavenly then says Lia, you seem like a nice genuine person,

And she says I am genuine, because I tell the truth and this whole thing about calling me lying Lia…these people are wild.

Then Heavenly tells her that she heard, people say you will lie about anything, for example, you can come out the bathroom and when asked where you been, you say I ain’t been to no bathroom.
When someone just say you leaving the bathroom.
But Lia, shuts down Dr. Heavenly by saying the lying rumors are false and we need to continue to watch the show and see how it plays out.


Lia, responds and says Jazmine has a pretty girl complex right, she thinks everybody is coming for her, people don’t even be worrying about Jazmine, Jazmine lives in her own world, I don’t know what world that is, but she lives in her own world, it’s like doll land or something, maybe it’s like Barbie land, but she don’t even understand, people don’t be coming from her. I don’t think Jazmine is a liar, I just think that she lives in her world, she has a different reality than other people.
So, it looks like she might not be telling the truth, but it’s her truth, it’s just different than most people, she literally lives in her own world.
Like candy land, Barbie land, like she don’t get social etiquette sometimes.
Like it’s just weird. She said the disrespect on the show is turnt up.
These wives can be disrespectful.

Dr. Heavenly asks, do you think Jazmine tried to get to know you personally or was she on the fence, because you were friends with Imani.


Lia, says, No, I think that they gave me a chance, I think Shanique and Jazmine have a little soriety between the two of them and the rules apply to everybody else, but not them. And so, I think it had less to do with Imani and I think it had more to do with how they move with each other, like it’s weird, y’all will see it. They finish each other sentences, they speak for each other, they look at each other before one responds to a question, like they don’t act independently.

So, I think Dr. Heavenly can relate to what Lia is saying, because she compares the relationship with Jazmine and Shanique to Quad and Mariah by saying you know who that sound like, first season Mariah and Quad, that relationship between Shanique and Jazmine won’t last. Did they know each other before the show.

Lia says, No, if you look at them, they don’t even look like they run in the same circle. It looks fake. Jazmine don’t have an opinion, unless it’s Shanique’s opinion, how about that. When talking about Jazmine’s husband, Dr. Heavenly asked, does Lia do you know Jazmine’s husband and she says No, my husband is a psycharist. Her husband is too, but I’ve never meet him, I know a few nurses who’ve work along side of him, he a little casper-ish type of person, meaning you know he’s there, but you just don’t see him. Dr. Heavenly says, Why do you think that is, and Lia doesn’t answer the question, but then when Imani joins and she has a whole mouth full to say about Jazmine’s husband and this is what she said.


Before we shot the first season, before Lia joined we were all sitting around having brunch and we was like Jazmine, even if you don’t ever want us to meet your husband, you’re going to have to come up with some type of tactic, like you gone have to come up with something, because he’s going to have to be on the show in some capacity and you’re going to have say something about him and Imani, asked what do you want us to say about him. She was like, you can say whatever you want, but the main thing I remember her saying is, he just doesn’t want to me y’all. Imani told Jazmine you are going to look so stupid if you don’t figure this out, because it’s Married 2 Medicine, like I will be on the show, because I am doctor, but you’re a doctor wife and kudos for her for figuring out her whole concierge business, but I’m like you can’t bring on your mom, your aunt, you sister, and everybody else. Ain’t none of those people a doctor and you not married to none of them. I know the producers at BRAVO are like if you’re not married and you’re very closed about your personal life, they will cut you.

So, obviously ya’ll this made Jazmine very upset and she was obviously watching the live with all of them, so she calls in and tells Lia to not speak on her, you don’t know what you’re talking about, you’re a liar.


But Lia claps back and says nobody has said anything about you Jazmine that you didn’t said about yourself.
You clearly have said you growed up in Englewood, you were the black girl that didn’t fit in, and you just haven’t said it on tv, but to us too, that’s like a known thing she has said that she grew up in Englewood, she don’t look like a typical girl in Englewood and she got mistreated, I didn’t make that up, you have a problem with it, it’s not me, look around it’s you.

Before I wrapped up this video, most of Imani and Jazmine beef steams from Jazmine feeling like Imani was talking about her husband, by instituating that Jazmine’s husband was a drug dealer, because of how big her home is and that Jazmine’s husband can’t afford to live that off a psychairist salary. And I feel like Jazmine has a problem with Lia, because she is Imani’s friend. Let me know what y’all think as always thank you for watching and I will talk to you guys in the next video. Bye 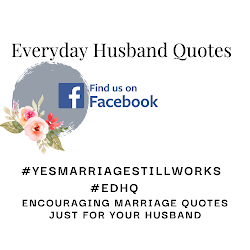 51,000 people are sharing marriage advice on our Facebook Page 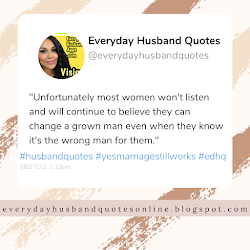 Can You Change a Grown Man? No, Sis what makes you think you can? 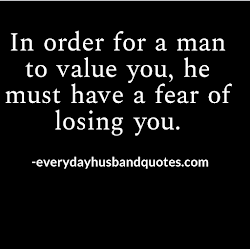 How To Get A Man To Value You 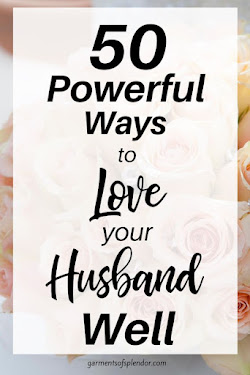 Love your Husband with Words of Affirmation